Thomas (Tom) Lorde's morning couldn't get any worse. One call changes everything. Apparently he's a dad. He should be on the phone to his lawyer. He wouldn't put it past a woman—any woman—to lie to get at his hard earned money. His mother trapped his father into marriage and then left them both for deeper pockets. But when the news is delivered from between the sweet lips of Kendra Black, his best friend's out of bounds little sister, and his one major 'f*****g' mistake, he knows he's screwed and that she's not lying.

Kendra Black knew contacting Tom would be a mistake. Three years ago, he'd made it very clear he had no feelings for her. He slept with her and then flew to Europe without a backward glance. However, he left more than a broken heart behind. He might not want her, but now that's he's back in California, her son, their son, Connor (Con) Black, deserves to know his father. What she hadn't expected was Tom's old-fashioned lap of honor. He wants to marry her. Why couldn't he simply be a weekend dad like her father? She can't deny the physical attraction is still there. He might be okay with a marriage based on hot, raw, animalistic sex and only sex, but she wants more. She deserves a man who loves her and she refuses to wave the checkered flag until he gives her his heart. 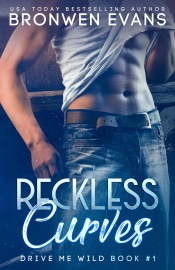